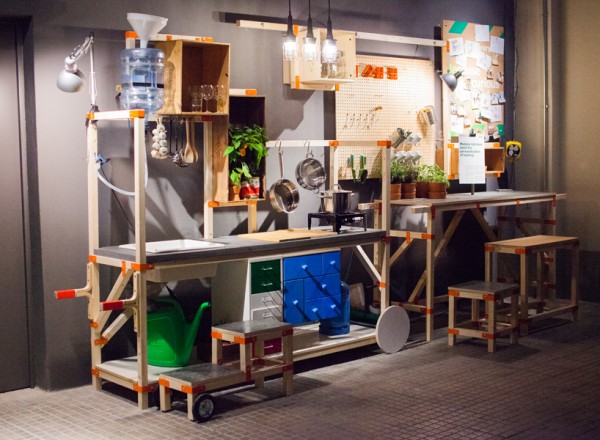 In 2013, IKEA launched ‘kitchen revolution 2025′. together with IDEO, lund university’s school of industrial design, and eindhoven’s university of technology, the project aimed to investigate the future needs and aesthetics of kitchens. the first-year masters candidates were asked to explore user behaviors concerning food production, then create based on those needs.
Lund university students linus hagberg, philipp süssmann, and niklas papen found their solution in the constantly evolving life-hacking trend. starting with the modular system of well, anything, users are increasingly wanting to change, add, and get rid of unneeded features and components